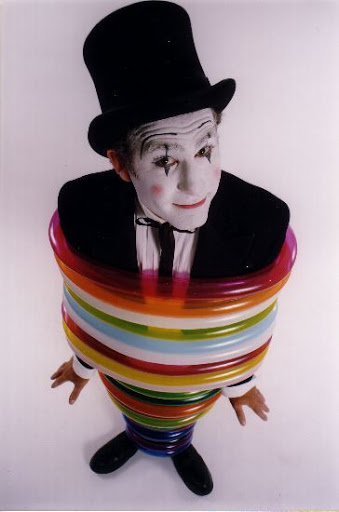 Actions speak a thousand times louder than words when miming.

He had a special talent for creating story out of nothing, and working with his audience.

His brilliance was working with young children. He grabbed young members of the audience and had them take part in his story creation. He built a story in front of us, based on the reactions of the children.

One child was only just walking, maybe 18 months old. He was obviously intrigued with the miming and was fearless in his interactions. The mime teased the little boy; squirted water at him, caught him a fishing net, threatened him with a giant boxing glove, and played with a ball with him. They were very simple actions, but compelling and funny. The little boy was fearless and only briefly got upset when he could not keep the ball.

The crowd was entranced. I was amazed. We have become so accustomed to sophisticated tricks, with lots of bells and whistles. But this guy’s props were minimal, and he created a story on the spot, with the simple actions of small children.

Another trick involved having children take part in a trick that involved creating a drum roll, and a human wall that he was apparently going to leap. The setting up of the trick became the story, as he arranged the children, and mimed what he wanted them to do. Every time some one misunderstood an instruction became part of the gag. He slowly builds anticipation in the trick. In the end he never leapt, but gently pushed the kids over like human dominoes.

He took risks, he did things that in another context might be inappropriate, but did them with grace and balance.

His actions, in another context would be meaningless and boring, but he held the audience in his hand, through his courage to be engrossed with the people with him, and build a performance out of natural actions.

Story at it’s most powerful is very simple and based on very human experience, often just twists on the very everyday things we all do and see. 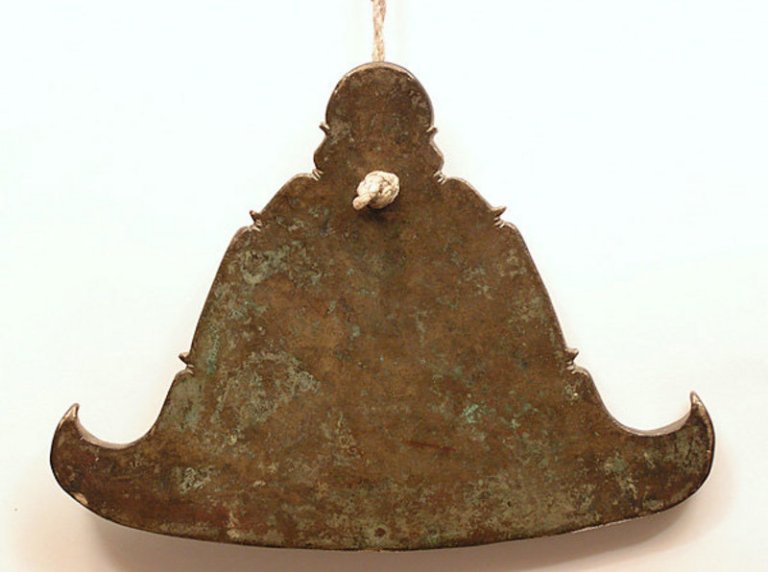 We all have stories we will remember all our lives. Without question. So what makes them stick?

There are always some juxtapositions, some sharp angles that have a story stay with us for good.

Time and place, and the depth and breadth of the content.

Time and place is about a moment. Great storytellers can create moment through being present, and clear, with a focus 100 percent on their audience.

The content will have actions, goals, and interactions between characters and the world around them. There is detailed scientific research now that shows these elements are what lands a story throughout different centres of the brain.

The X factor is whether a story ‘rings true.’ This is it’s resonance. I have been on a 10 day silent meditation retreat several times. Each morning starts with a gong. Once I took on the responsibility of ringing the gong. There was a well worn thick length of wood to do the job. When you hit the gong just right, the ringing pulsed, and felt. It felt perfect and aligned, like hitting the sweet spot with a golf club. My listening was so acute in the silence that I could hear the ringing fade in ever decreasing waves for ages. I could feel this right throughout my body. It had rung true. It’s impression was lasting. A great story does the same.

I just spent several amazing days in Arnhemland, in the Australian outback. We sat and reflected amongst 10 thousand year old rock drawings on caves; possibly some of the oldest art on the planet. The pictures told stories, that have lasted countless generations. They were very simple; about people and places, and those things that matter as much today as ever; food and shelter. Simple stories, beautiful images, probably not made to last, but created in a moment to powerfully connect with an audience.
//www.youtube.com/get_player