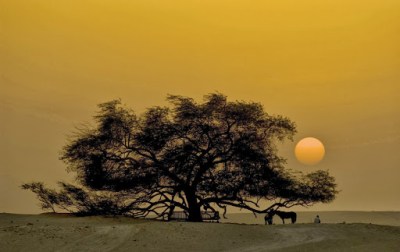 Right now it seems to me that all sorts of people are getting the wrong end of the stick about Nelson Mandela’s legacy.

It’s crazy how we either want to immortalize a leader and have them be our saviour. And it’s equally nuts to critique and analyse, putting him on a pedestal and then pulling him off.
I just finished reading a wonderful and also haunting book about Afghanistan, The Storyteller’s Daughter by Sairah Shah.
She quotes this old story from Rumi, that to me sums up how much we are ‘barking up the wrong tree’ (pardon the pun that will unravel) about wanting complete magic and perfection in a leader.
Once upon a time there was a powerful king, who had a beautiful wife, a peaceful kingdom and riches beyond compare. He thought he had everything, until he heard that in faraway India there was a tree of such wonderful virtue that anyone who ate of its fruit would live for ever. The king became obsessed with this fruit. He sent his most trusted courtier on a quest to find it.
This faithful servant searched high and low for the magical fruit. Some people said they had never heard of it, others mocked him, yet others sent him in the wrong direction.
After twenty years, the man no longer believed that there was any such tree. He decided it was his duty to go and tell this to the king and face his wrath. Before he returned home, he visited an ancient sage, to ask for a blessing.
When the old man heard the courtier’s story, he began to laugh. He laughed, and he laughed and he laughed, until tears streamed down his wrinkled cheeks. When he could speak he said: ‘ Oh, my poor friend ! You will never find the fruit of a literal tree. What you seek is sometimes called a tree, sometimes a sun, sometimes a lake and sometimes a cloud. It is one- although it has thousands of forms. Pass over form and look for qualities. The tree you have been seeking is the tree of knowledge, its fruit is wisdom- and the least of its forms is eternal life.
Of this story, Saira Shah’s father said:  “Stories are like a tree growing on the horizon. March towards the tree, and it will keep you in a straight line. But the tree itself is not the goal. When you reach it, you have to let it go, and pick up another point further on.