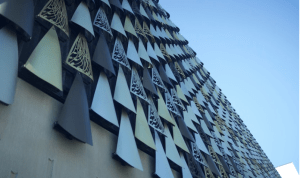 Whatever way you choose to cut and dice it, colonisation was, and still is brutal for Māori.

If not at the scale of warfare of some parts of the world, the brutalization of the spirit, of a way of life, of a humanity has deep scars still running through Māori communities today.

But there is a further tragedy, and one that could become a triumph if people’s mindsets can shift.

Three massive fissures in the wellbeing of Aotearoa, the Christchurch earthquakes, the Christchurch mosque terrorist massacre, and the COVID19 pandemic have shown the generosity and values of Māori communities coming to the rescue again and again, often in simple understated ways.

On each occasion marae, always a place of welcome and haven, were instantly in action providing food and shelter for displaced people, without question. Again and again. No delays or processes about waiting for approval, funding, or criteria to be set. And alongside those marae, Māori health and social service providers rose quickly to each occasion supply what people needed, door to door.

And there have been more subtle ways that te ao Māori has been a massive contribution in this nation’s times of need.

When the mainstream public; numb, speechless, and desperate were flaying around to understand, to find meaning, to make sense of it all, we started to see words like whānau, aroha, kia kaha on placards and on lips throughout the motu.I

will never forget witnessing a crowd of many cultures gathered outside a Ponsonby mosque bursting into a rendition of Te Aroha to express just that… the waiata led by a Chinese man.

Why does the nation turn to kupu from Te Reo Māori in times of great hurt, of great need?  On the one hand mainstream New Zealand continues to persecute Māori, with racist jibes, institutional racism, casual racism, fear and ridicule. But on the other, when the chips are down, what set of values do people turn to?

When we hear talk of the Kiwi Ingenuity of Aotearoa New Zealand, of our ‘down to earth’ nature, of our ‘can do’ attitude, and our non-judgmental friendliness on the world stage, what is the source of that in our history?

Without research, and without any academic nous, I strongly believe that it was not simply the pioneers and colonists that forged the ‘kiwi’ way, it was Māori.

And yet that contribution, as with many others from the Māori world is never fully acknowledged. Our qualities as a nation are assumed to be an evolution of some pioneering spirit, and anything wonderful in the growth and forming of this nation is rarely attributed to Māori.

Now, as we face years of re-set, come-back, re-formation and re-invention, where does a Māori tikanga sit in the mix?

From every vantage point that I can see, the collective spirit, the focus on whānau, manaaki, tiaki, aroha and whenua is an operating system robust, age old, harmonious, productive, unifying and fundamentally utterly humane. It is a universal and cohesive winning formula. This is what we need to re-emerge.

We have led the world for so many initiatives in our history. We love being the David to the world’s Goliath and we are good at it.  But we have hugely underplayed how much Māori contributed to these successes. It remained hidden.

Now as communities process the grief of a decimated economy with work and livelihoods in complete disarray, we can perhaps finally start to take seriously the ratification of Te Tiriti o Waitangi forward. We can move on from it being an abstract idea, that has been thrashed and manipulated by colonising governments to this day, ignored by the business community, and reviled by the mainstream public to have it be a living document, and foundation for a cooperative template for partnership.

The tragedy and missed opportunity is that the colonial view of Te Tiriti was so literal and narrow that it fully missed the nuance, the inter=connected, holistic and sustainable operating system of Te Ao Māori.

Wake up people! A true partnership between the best of the kiwi mainstream western world, and the best of Te Ao Māori can make our place magic. We know we can pull together as one. We all get the concept of rowing the waka together. Let’s now live into that promise, that opportunity.

Let’s learn to fully love our whenua, our maunga, our awa, our moana as living beings, as extensions of our whānau. We’ve started to write this into our legislation, let’s honour it, let’s be it.

My personal experience as a pakeha in Te Ao Māori has always been one of love, of acceptance, of an all encompassing aroha that stretches way beyond words. I am at a loss to understand why so many pale, stale, males like myself are so frightened of this world.

I guess it is attitude, and that dear Aotearoa, is what we have to shift.

I’ve had the privilege to be invited to document and articulate efforts around co-governance between hapu/iwi and government. When this has progressed well, usually after decades of intransigence on the part of bureaucrats and colonised thinking in Iwi, it has been beautiful to behold. People work together to make the whole far greater than the parts, the whenua is loved, cherished and gives back, and stormy times and conflicts are navigated.

I am not suggesting a utopia, that is always a lie and a fantas\y. But we can do and be so much more.